the anti-anti-vaxxer memes are not funny

I was looking at the memes scene of the anti-anti-vaxxers, all the memes were missing the context.

The context is that antivaxxers do not exist. There is only 1 study online about antivaxxers made by Brendan Nahan. According to Brendan, the "antivaxx" should be called "vaccine hesitancy" instead. Because most of the so called antivaxxers are just people that are not convinced by the propaganda.

There is no evidence that the "antivaxx" "movement" is growing.

There is not even evidence that there is a "movement" focused on denial of vaccines.

I want to take a look at this meme. It's not funny because it is false. When memes are funny it's because they are true. For example the NPC meme is true, normies are NPCs, this is why they are mad when they see the NPC meme. Instead this meme is false, the vaccine hesitancy does not bring you to avoid anaesthetic drugs or even roids. There are people that take roids regularily and then avoid vaccines for the convid. Normies do the opposite, they avoid the roids and instead take SSRIs and vaccines for the flu. Normies fear a needle of heroin and then take the vaxx for convid that is much worse than heroin. 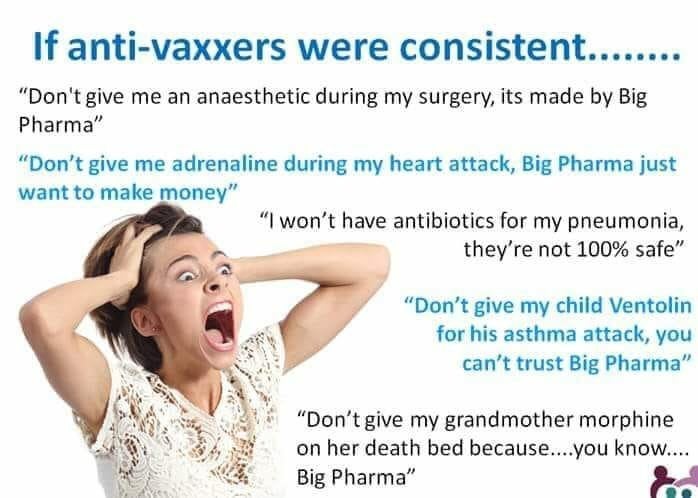 Since the entire Covid madness and authoritarian measures/propaganda kicked in, the term "anti-vax" has been so redefined that it now includes even people who took the first 2 doses of the popular mRNA vaccines and are refusing the boosters (because clearly, those thing have done nothing to stop the spread of virus or new variants).

It'll always remain surprising how we ended up here